The Most Important Islamic Books

The Most Important Islamic Books

The books recommended to increase Muslims in religious knowledge are divided into two parts:

Part I: What Muslims Must Learn

Part II: Increase the knowledge to fully understand what must be learned (elaboration of part 1).

Part I: What Muslims Must Learn

Quran is the final revealed Book of Allah. It is Allah’s greatest favor and gift upon us as He did not just create us and left us without guidance or knowledge, rather He Himself sent this Divine Book as a guide for all mankind. It is the complete and final message of Allah. Not a single letter has been modified or changed since its revelation which is a true miracle. It is the first book that all Muslims must read and memorize.

The Six Major Books of Hadith, known as Kutub as Sittah in Arabic, referred to as Sahah Sittah (The Six Authentic) are as follows:

Part II: Increase the knowledge to fully understand what must be learned (elaboration of part 1)

The word Aqeedah is derived from the word ‘aqada’, which linguistically means to tie a knot, to fasten or hold firmly. According to scholars, it is the firm religious belief that the heart is fixed on without doubt.

Fiqh is Islamic jurisprudence. Fiqh means knowledge about legal Islamic rulings. It describes the details of Islamic obligations and duties and how to perform them.

Knowledge about the Prophet Muhammad’s (S) biography is known as ‘Seerah.’ Knowledge about our beloved Prophet’s (S) life gives us a deep understanding of the religion of Islam as well as a perfect example to follow of the most honored man on earth.

Arabic is the language of the Quran and as Muslims, we must try our best to learn and understand this beautiful language that Allah chose to reveal the Quran in.

We ask Allah to guide us to beneficial knowledge that leads to His pleasure and satisfaction. 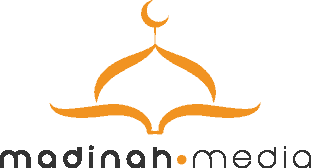 GET 15% OFF YOUR NEXT PURCHASE