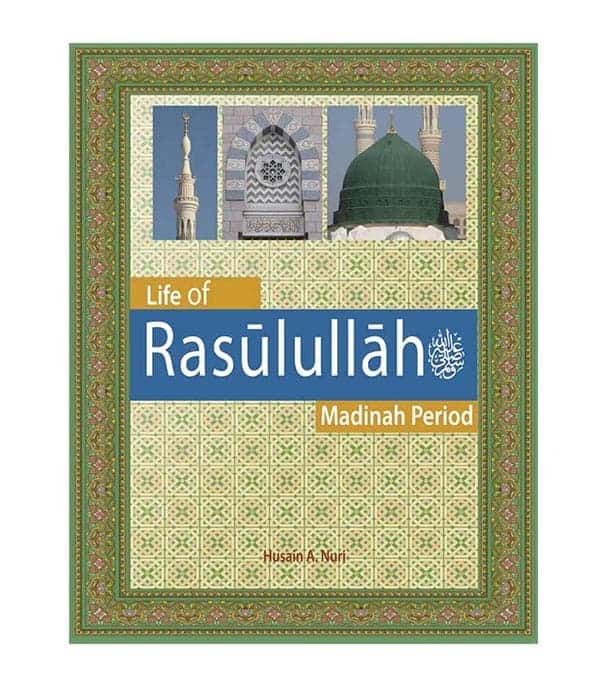 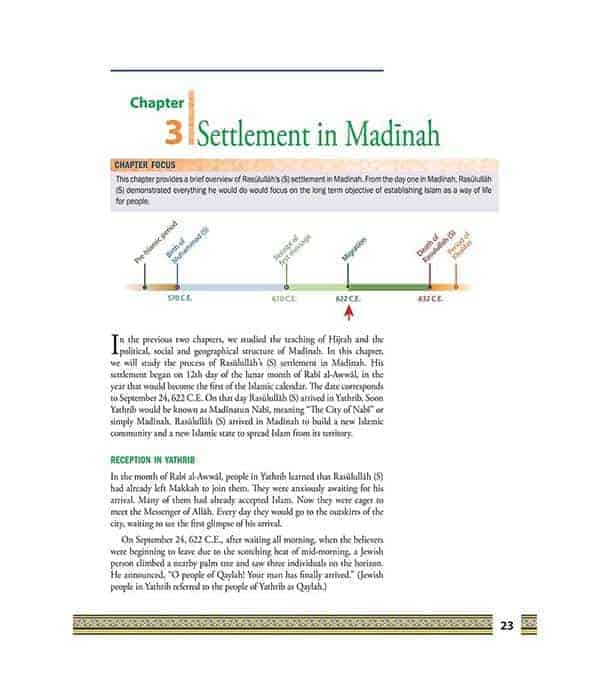 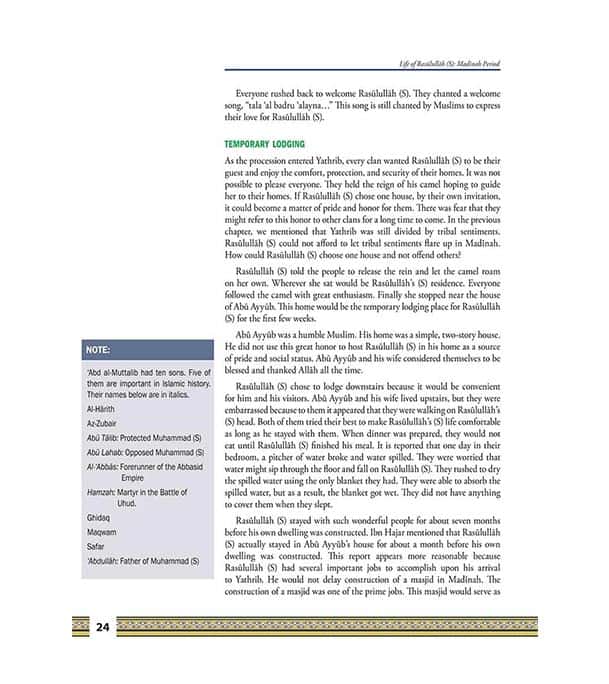 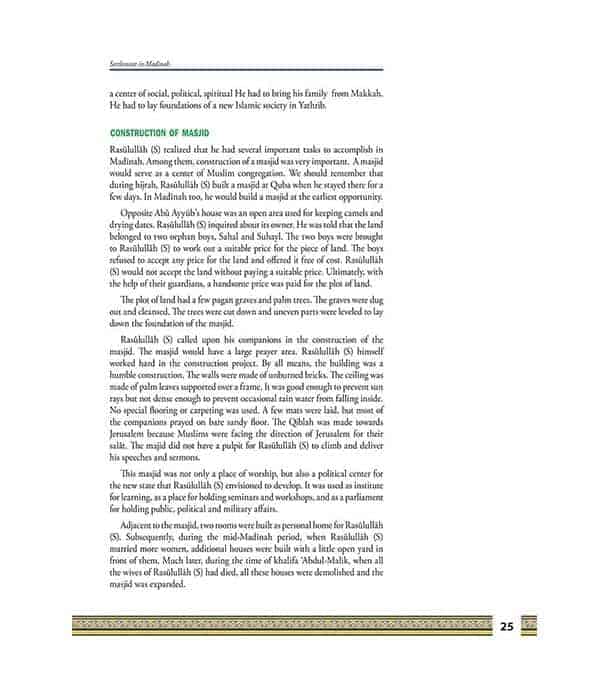 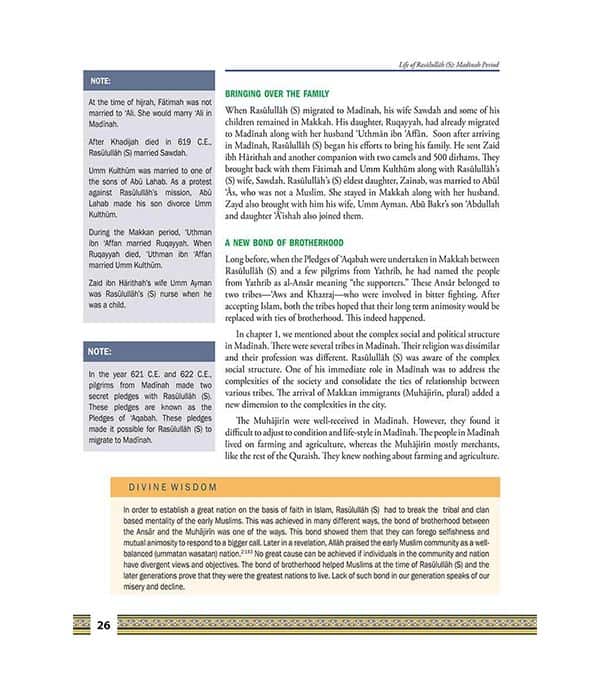 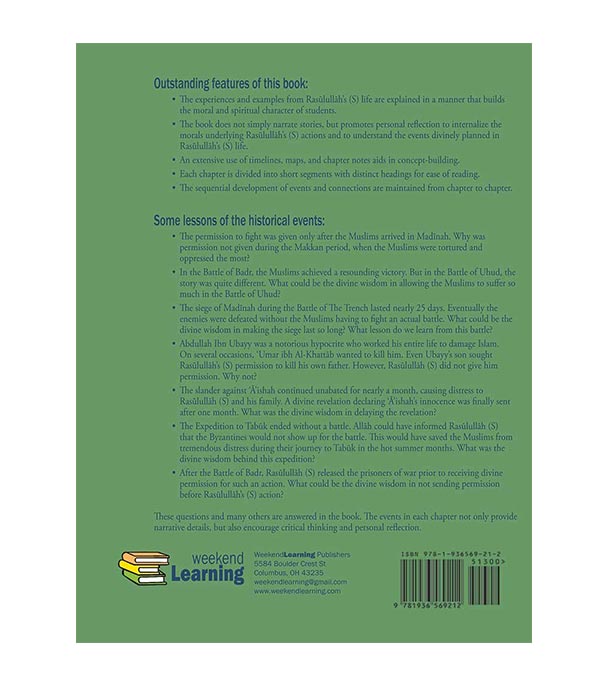 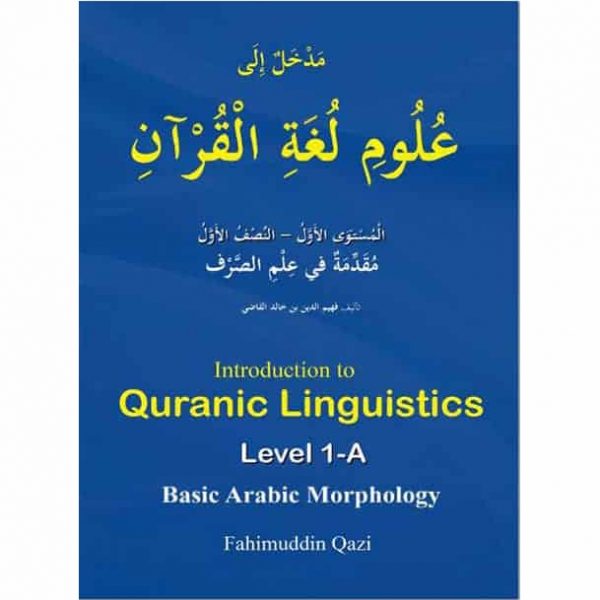 Quranic Linguistics Level 1-A Intro Arabic Morphology $22.99
Back to products 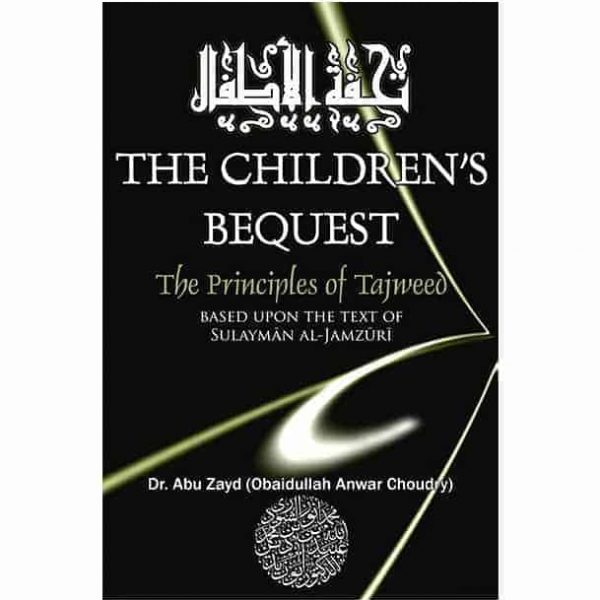 In this book, the author has discussed about the events and experience from the life of our beloved Prophet Hazrat Muhammad (SM) when he was in Madinah. He has explained Rasulullah (S)’s life in a way that it helps to build and enhance the moral and spiritual character of Students. Each chapter in this book, being a seperate lesson, is ideal for one class period. Author has also maintained the sequential development of events along with connection between them from lesson to lesson. Furthermore, discreet use of graphics, maps, timeline and chapter notes also help in building concept.

Some lessons about the historical events are:
=>After arriving in Madinah, Muslims got the permission to fight. Why Muslims didn’t get the permission during the Makkah period when the Muslims were oppressed and tortured most ?

=>During the Battle of The Trench, the siege of Madinah lasted about 25 days. Eventually, without fighting an actual battle, Muslims could defeat the enemies. What was the divine wisdom behind making the siege last so long? What lesson can we learn from this battle?

=>Abdullah Ibn Ubayy, a notorious hypocrite, worked his entire life to destroy Islam. Umar Ibn Al-khattab wanted to kill him on several occasions. Even, the son of Ubayy asked for Rasulullah’s (S) permission to kill own father. But, Rasulullah (S) did not give him the permission. What could be the reason behind this?

=>The slander against Rasulullah’s (S) wife ‘Ā’ishah had been unresolved for about a month; however, after a month, a divine revelation declaring the innocence was sent. What could be the divine wisdom behind this delay?

=>Muslims didn’t have to fight a battle during the expedition to Tabuk; however, they suffered a lot in the hot summer during this journey. Allah could have informed Rasulullah (S) about Byzantines not showing for the Battle to relieve the distress of Muslims. What could be divine wisdom behind that expedition?

=>After the Battle of Badr ended, Rasulullah (S) released the war prisoners before receiving divine permission for such action. What was the divine wisdom for not sending the permission?

You will get answer of these and many other questions in this book. The events in each chapter provide narrative details as well as encourage personal reflection and critical thinking. 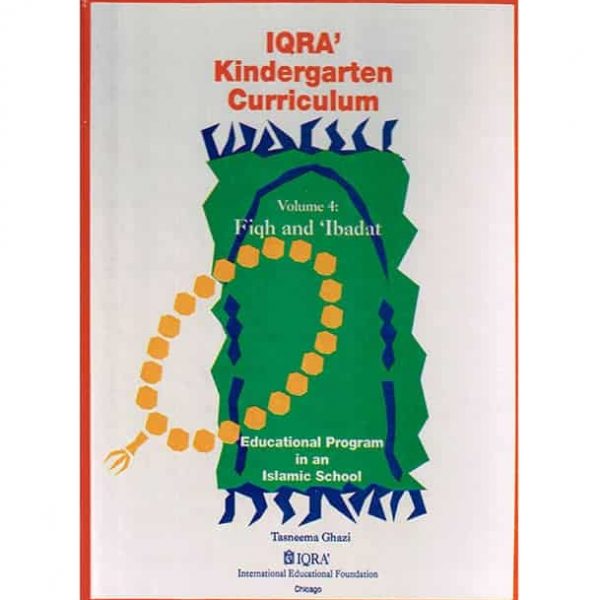 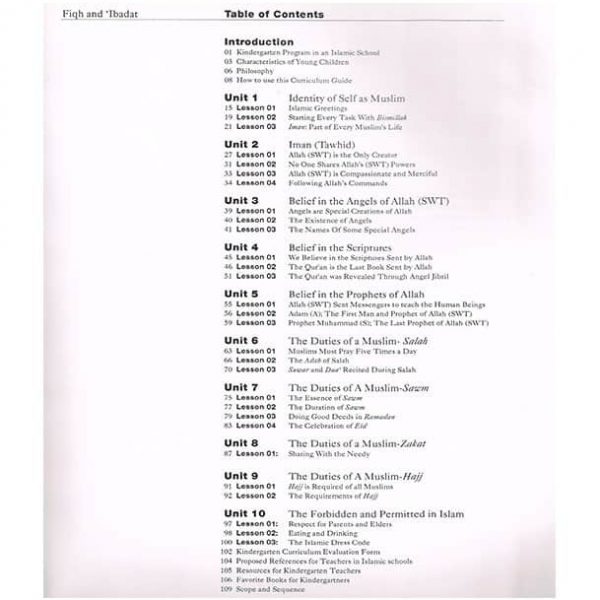 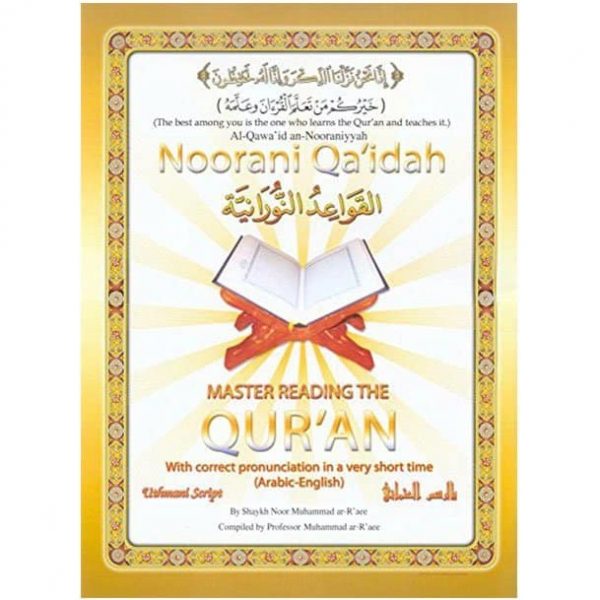 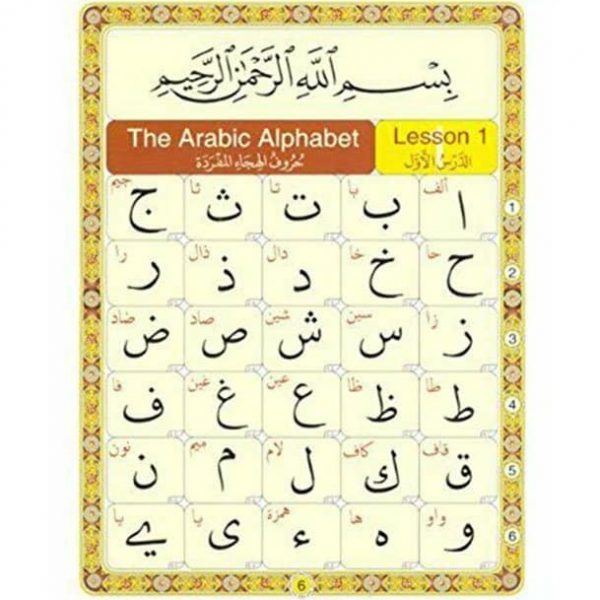 $15.99
Noorani Qa’idah: Master Reading the Qur’an assists in teaching students to recite Qur’an with the proper pronunciation and tajweed in
Add to wishlist
Add to cart
Quick view 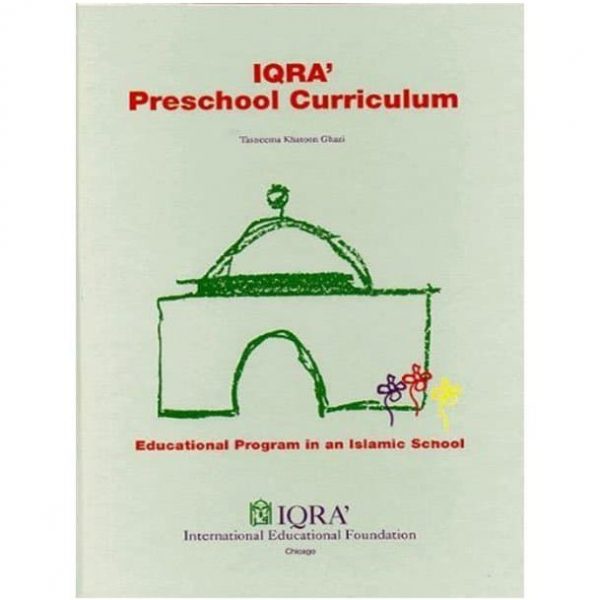 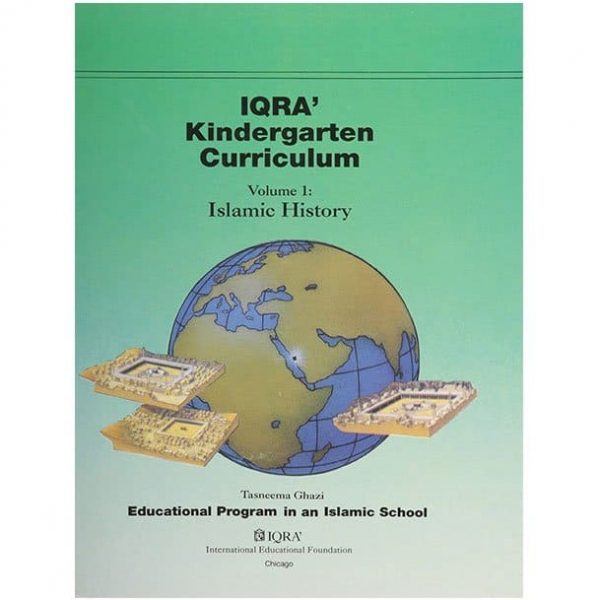 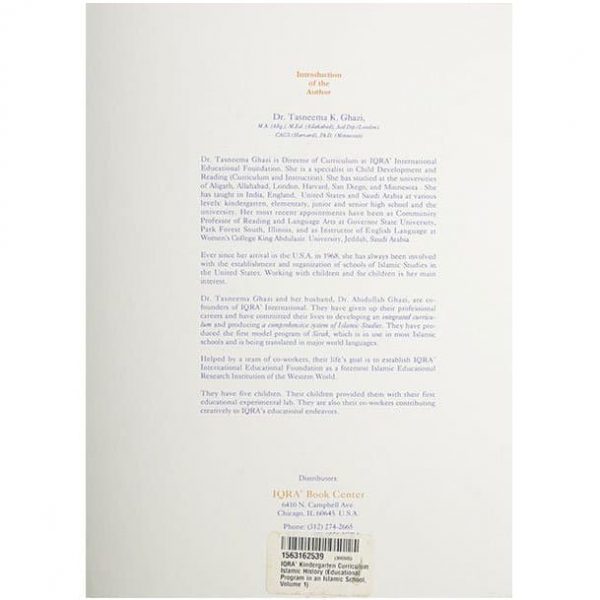 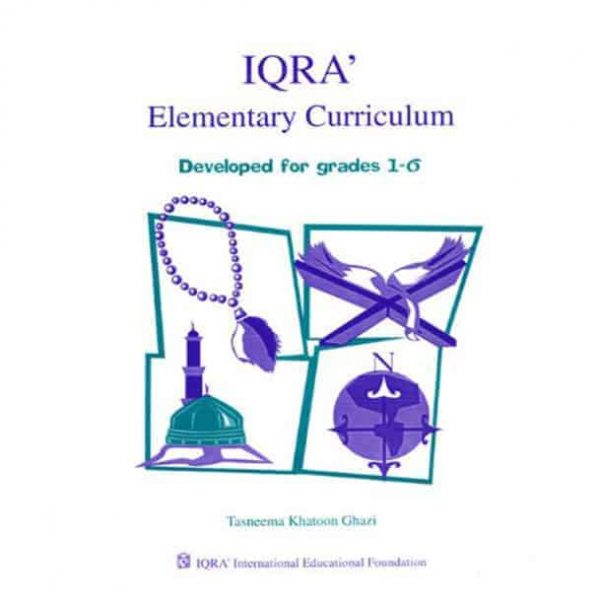 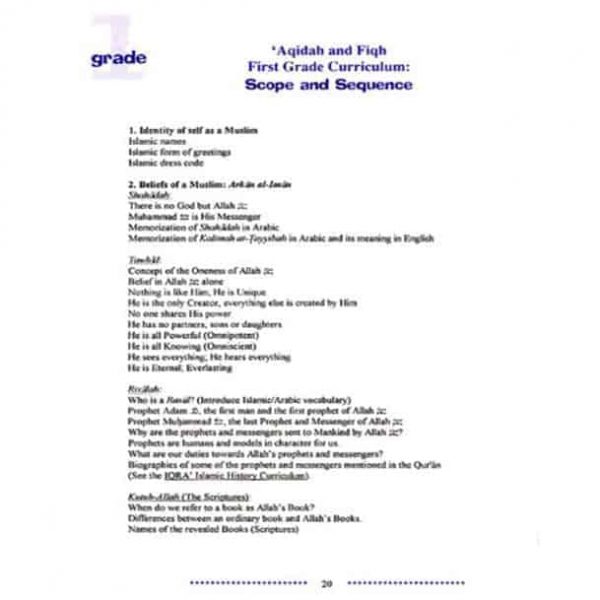